Table 1 contains information used to calculate the absorbed dose of radiation for STS ("space shuttle") experiments. The absorbed dose from ionizing radiation received by the specimens (animals, plants, cells) was estimated from data recorded by three passive radiation dosimeter (PRD) packages, designated DLOC1, DLOC2, and DLOC3, in the middeck of the space shuttle, where biological payloads were located. Each package contains a number of TLD-100 thermoluminescent detectors. The TLDs are passive detectors: they integrate dose and must be processed--in the case of TLDs, by heating. (As opposed to active detectors which are powered and can be read out continuously, in real-time.) The detectors are returned post-flight and the data analysed by the Space Radiation Analysis Group at NASA-Johnson Space Center. The reported dose for each PRD is the average over all the TLDs +/- the standard deviation, with appropriate background subtraction and error propagation. Correction for dose accumulated on the ground pre- and post-flight is done by subtracting the dose in identical detectors that remain on the ground, and a calibration factor is applied to convert dose in the TLDs to dose in water.

Differences between the doses recorded in the PRDs are due principally to differences in the amount of material shielding the detectors from the space radiation environment, and the doses do not take into account any shielding effects from the specimen containers or any movement of the samples around the middeck. Only Table 1 includes the individual measurements taken by all three PRDs.

Radiation metadata shown for each data set in the GeneLab Data System include: 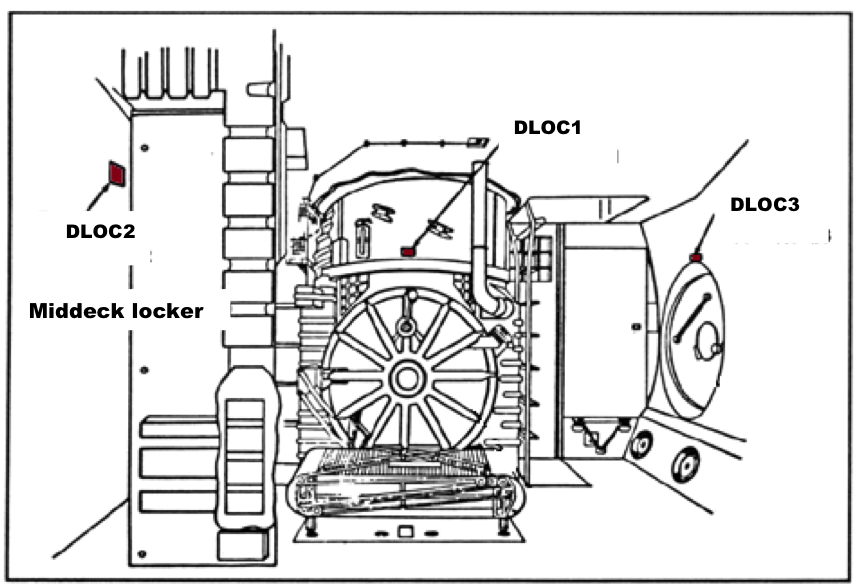 Data are from preliminary analysis of results from instruments on the Space Transportation Shuttle, analyzed by subject matter experts from the Space Radiation Analysis Group (SRAG), NASA-JSC. Use of the data are subject to the following rules: