Detectors:
The passive dosimetry packages were housed in four identical boxes (“BOX #1-4”) distributed around the descent module (Fig. 1) at locations as indicated in Fig. 2. Each package consisted of six thermoluminescent detectors (TLD) and two layers of solid state nuclear track-etch detectors (SSNTD). The TLD were sensitive to the low LET components of the radiation field inside the module and the SSNTD were sensitive to the high LET components. An additional box, Box #5, was mounted outside the module.

For details of the measurements see:
A. Strádi et al., Cosmic radiation measurements on the Foton-M4 satellite by passive detectors. Acta Astronautica 131 110-112 (2017). 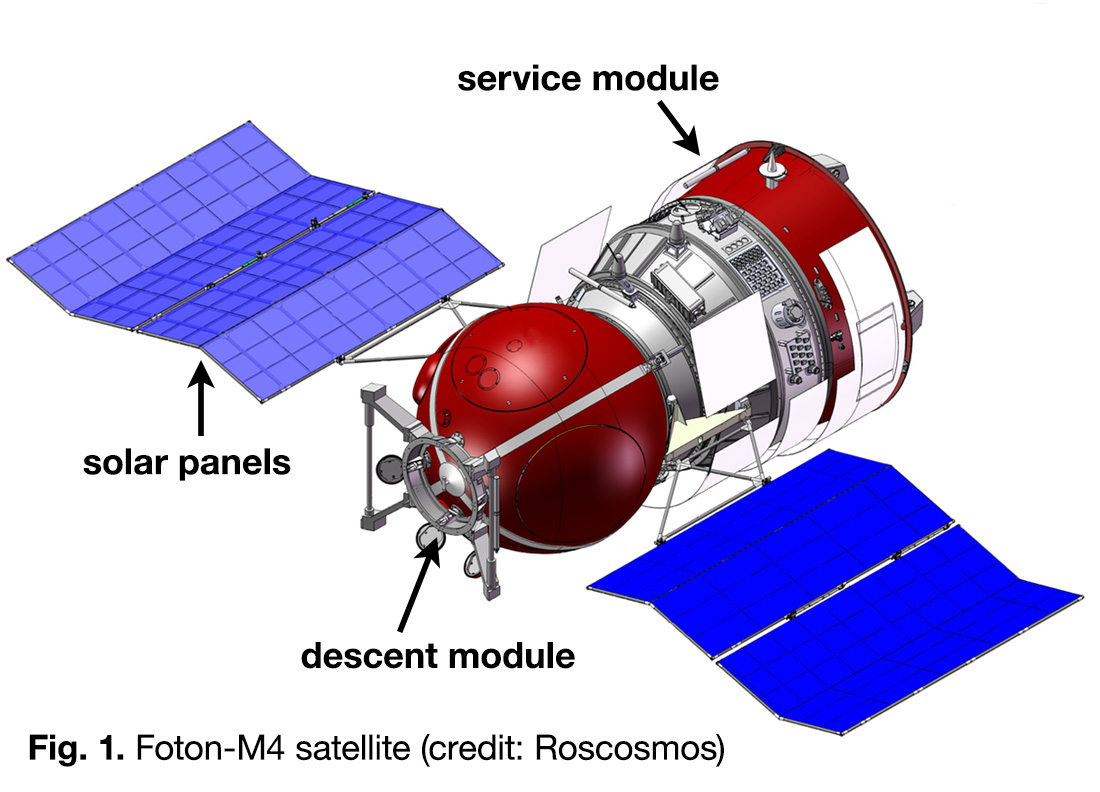 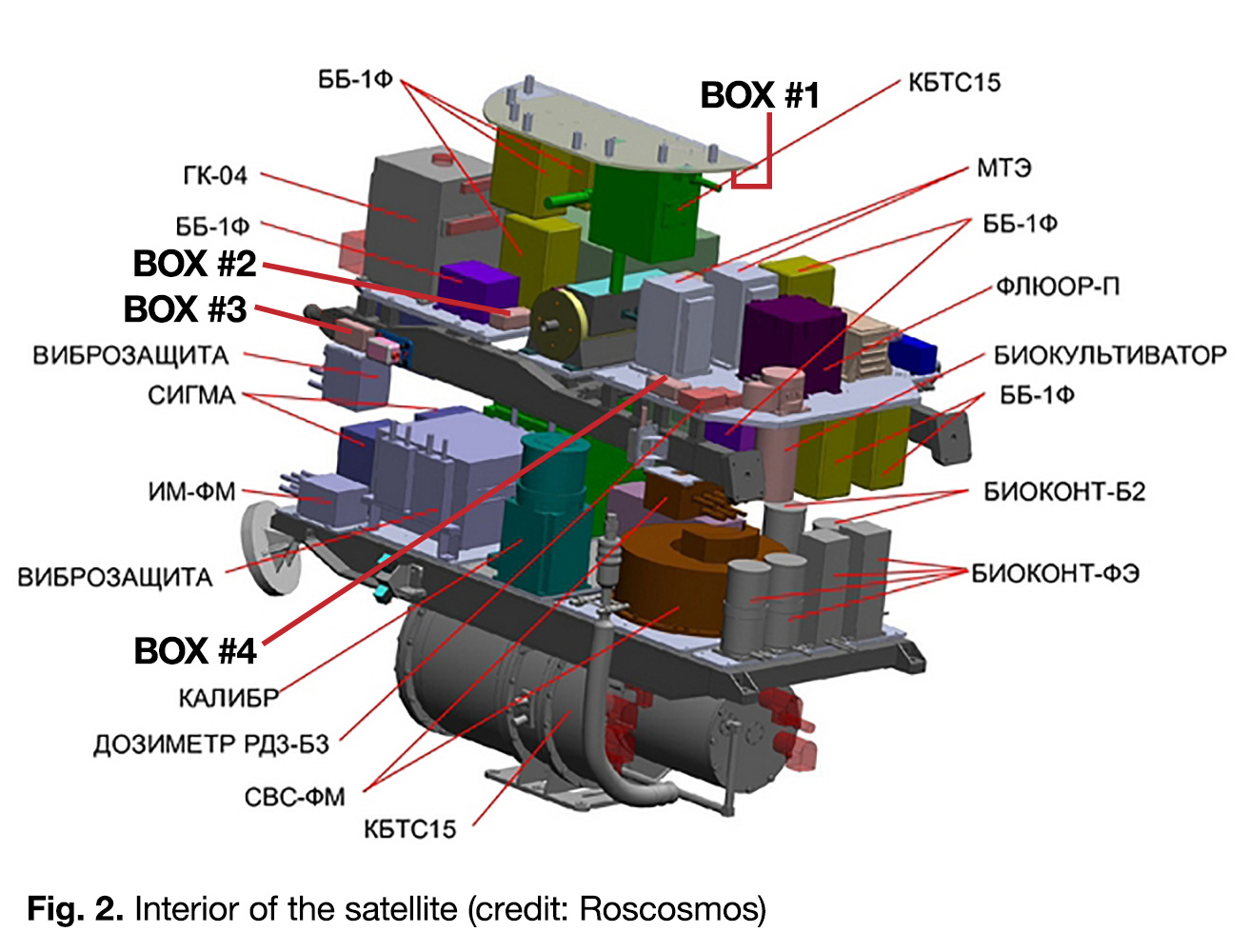