GeneLab reached a significant milestone with 102 omics studies in the database following the most recent release on February 28. This release included multi-omics investigations of nine different mouse organs from the Rodent Research-1 (RR-1) mission as well as six investigations that GeneLab imported from the GEO database.

GeneLab has included 5–5–methylcytidine (m5C)–RNAseq analysis for some of the RR–1 tissues including: liver, kidney, quadriceps, gastrocnemius, and tibialis anterior. m5C residues are present in both coding and non-coding RNAs as well as the more common reversible epigenetic marking of DNA on 5–methylcytosine known to regulate transcription. In order to view the metadata files completely and correctly users should download the GeneLab ISAcreator tutorial. 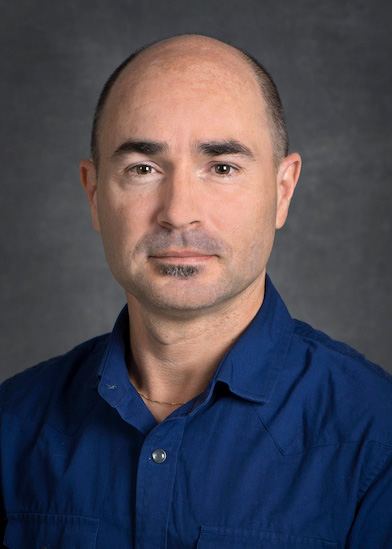 Sylvain Costes recently joined the Space Biosciences Research Branch at NASA Ames Research Center as the GeneLab project scientist. Dr. Costes has spent his career leading multidisciplinary research in both academic and government scientific institutions. In his new position, he is leading and coordinating the systems biology scientific research effort for the GeneLab project, supporting both internal and external collaboration efforts, and representing GeneLab in support of the Space Biology Project and the International Space Station Program. In addition, Costes is also maintaining his own independent research laboratory supported by NASA's Human Research Program radiation studies. His research focuses on establishing biomarkers for space radiation sensitivity by characterizing the variation of DNA damage response in genetically diverse mouse and human populations, using skin and blood as models. One objective of his lab is to identify the genetic loci associated with high sensitivity to ionizing radiation and specifically space radiation.

Dr. Costes obtained his Ph.D in Nuclear Engineering at the University of California, Berkeley, where he studied radiation biology. He then joined the mathematics department as a postdoctoral fellow where he developed mathematical models predicting gene deletions observed after exposure to ionizing radiation. Costes served as a staff scientist at the Image Analysis and Confocal Laboratory of the National Cancer Institute in Frederick, MD, where he expanded his research to include high-throughput imaging, live cell imaging and biochemical models describing the interaction and movement of fluorescent proteins. He joined the Lawrence Berkeley National Laboratory in 2004 where he led the computer modeling effort for a NASA Specialized Center of Research looking at the risk of space radiation damage on the human breast. This work was done in collaboration with NYU Medical School, University of California, San Francisco, and Colorado State University. During his time at Berkeley Lab he also supervised a bioinformatics lab for multi-dimensional microscope image analysis, agent-based modeling, and genomic analysis. Costes recently co-founded a startup, Exogen biotechnology Inc., a Berkeley Lab spin-off, dedicated to measuring DNA damage in individuals and predicting cancer risk using DNA repair phenotypes.

Stop by the NASA GeneLab and Space Biology exhibit booth and introduce yourself!

DO YOU HAVE A PUBLICATION THAT CITES GENELAB?

We would like to know! Please send us your citation so that we can include it in our metrics and post it on the GeneLab website.