Antibodies are protein molecules in our bodies that help us resist infectious disease. The Chapes Lab at Kansas State University, in collaboration with the Pecaut Lab at Loma Linda University, are interested in the genes that are expressed and used during the assembly of antibody molecules, and the impact of spaceflight on that process.

Researchers at both labs have analyzed data from the GeneLab Data System, from mice liver tissue in two separate datasets (GLDS-47, GLDS-48) that were generated from mice flown to and housed on the International Space Station. These data were used to help develop the methods – bioinformatic workflow – which were needed to process the data. The GeneLab data were used to validate the workflow and to make comparisons to sequencing data obtained at Kansas State University. The Chapes and Pecaut labs made preliminary comparisons between the immunoglobulin gene used in the spleen compared to the liver, because these data were publicly available in the GeneLab Data System.

The results of this study were published in July in the journal Gravitational and Space Research Vol 5, No 1 (2017); http://gravitationalandspacebiology.org/index.php/journal issue. This work was supported by NASA grants NNX13AN34G and NNX15AB45G. 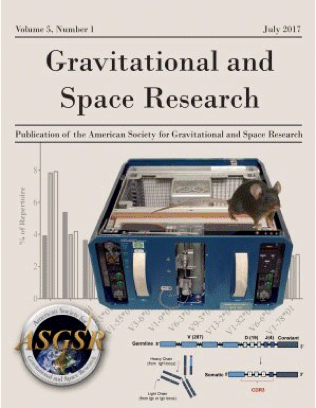