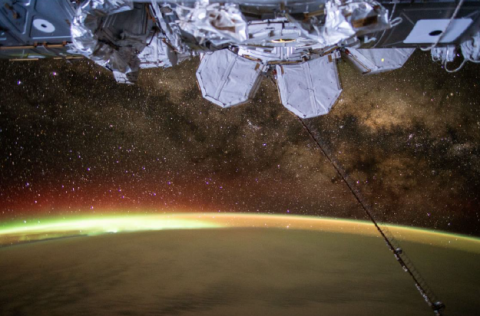 A critical question in Space Biology is how will astronauts adapt to long-term spaceflight missions to Moon, Mars, and beyond? On November 25, twenty-nine scientific papers – including several from NASA’s GeneLab project – will offer answers to this question. These papers will be published in five Cell Press journals including Cell, Cell Reports, iScience, Cell Systems, and Patterns. They have been contributed by over 200 investigators from dozens of academic, government, aerospace, and industry groups, representing the largest set of astronaut data and space biology data ever produced, including longitudinal multi-omics profiling, single-cell immune and epitope mapping, novel radiation countermeasures, and detailed biochemical profiles of 59 astronauts who represent more than 10% of all humans who have ever been in space.

Some of the groundbreaking work reported in these papers utilized the GeneLab platform and its repository of spaceflight omics data, which are used to generate novel discoveries and develop new hypotheses for determining systemic biological responses occurring in spaceflight. Space biologists around the world are increasingly reliant on these omics data (epigenomics, transcriptomics, proteomics, metagenomics, and metabolomics) to maximize the knowledge gained from rare spaceflight experiments.

Below is a summary of the four GeneLab-related papers authored by the GeneLab team and its Analysis Working Group (AWG) members, investigators.