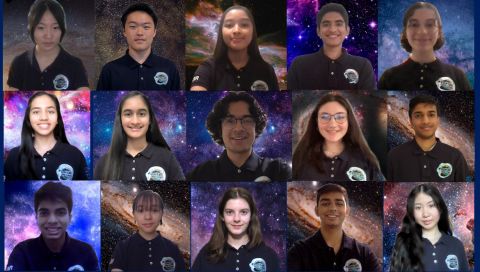 The 2021 Virtual GeneLab for High Schools Summer Training Program (GL4HS) was successfully completed on July 16, 2021, led by Dr. Elizabeth Blaber of Rensselaer Polytechnic Institute. Fifteen high school students participated from four different time zones and two countries during the intensive 4-week training program. The students were rising juniors or rising seniors and came from 14 high schools in six states (Georgia, California, Virginia, Texas, Ohio, Connecticut) as well as one student from the Netherlands. Three high school biology instructors were also selected to attend the program and learn how components of the course could be implemented in their classrooms.

The program consisted of three core components: learning modules, networking, and a research training project. Students delved into our program from their first day and learned topics ranging from biology and human physiology in space, to the molecular biology of gene regulation, signal transduction, and omics analysis methods. In 2020, the program shifted the analysis of transcriptomics from a focus on gene microarrays to RNA-sequencing using the GeneLab Galaxy analysis platform. The students continued using RNA-sequencing this year in the GeneLab Galaxy platform to analyze 5 different datasets from research flown on the International Space Station. Students also learned core bioinformatics skills including normalization methods and algorithms, statistical analysis of large-scale datasets, and assigning biological meaning to differential gene expression data. Coached by high school teacher Ms. Jennifer Claudio (Oak Grove HS, San Jose, CA), who has participated in the program since it began in 2017, the teacher/intern cohort developed custom curriculum modules using bioinformatic tools to use in their own high school classrooms which are slated for eventual public release.

Although it was hoped the course could return to in-person instruction at NASA Ames Research Center in California, the course was again held virtually due to the pandemic. Many challenges encountered during the 2020 virtual course were solved by changing the virtual classroom platform and including more time for interns to socialize with each other. The 15 students and 4 teachers attended all four weeks of the program, learned a lot about space biology and bioinformatics and made some lasting friendships and great career connections. 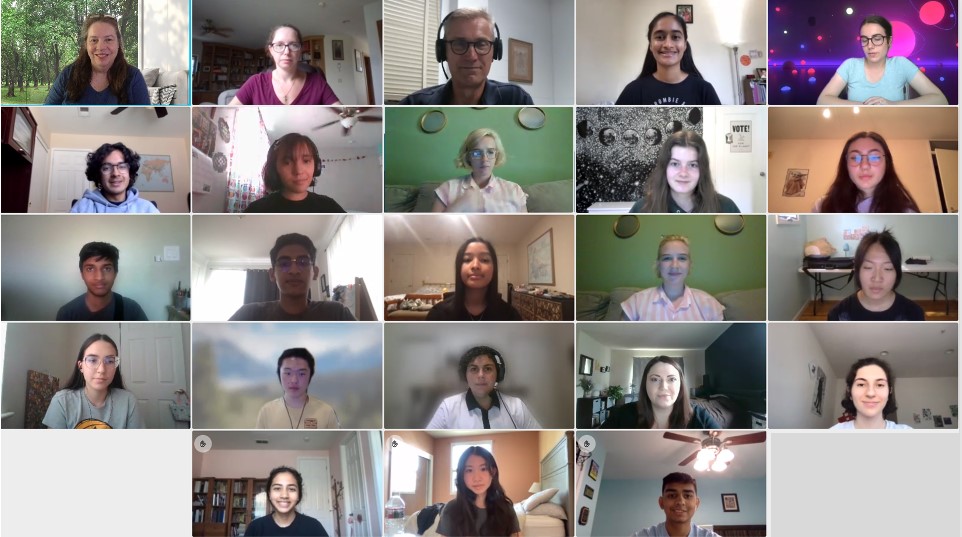 Finally, students were assigned the task of analyzing a dataset from the GeneLab Database and developing a testable hypothesis and research proposal from their analyses. Self-organized teams of three students chose one of the transcriptomic datasets on various samples which included Drosophila heart, Arabidopsis seedling, Mouse eyes, Mouse Skin, and Mouse spleen. Students normalized and performed statistical analysis followed by pathway analysis on their data using GeneLab’s Galaxy analysis platform in combination with the bioinformatics manual written for them by the GL4HS team. The students worked exceptionally hard on their projects and delved into the scientific literature surrounding their tissues of interest:

Team Space-fly-ght: Finding the Beat: Analyzing the Role of Actin on Cardiac Dysfunction in Microgravity

On the penultimate day, students presented their background research, analysis of the GeneLab dataset, the hypotheses that they generated and the experiment that they designed to test their hypothesis, to scientists and students at Ames. Staff, scientists and interns at Ames were all extremely impressed by the students’ presentations, the articulation of their science and experimental designs and the ways in which they had grown over the course of the program.

Similarly, students were highly appreciative of the program and all of the things that they learned during the four-week course. Students said, “This program is the most educational and beneficial program that I have had in high school so far, and I am really thankful for the opportunity,” while Ames scientists said, “Maybe my favorite part of the event yesterday was listening to the students talk about their takeaways. Newfound friendships, intellectual curiosity, courage to ask questions and a desire to keep studying biology.”